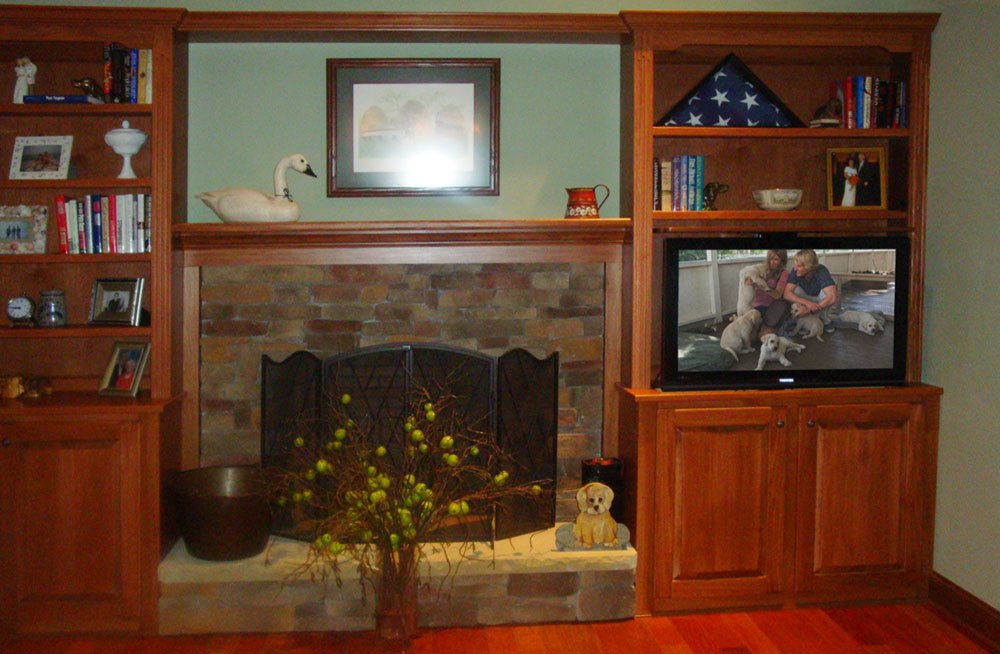 Your new slim profile TV deserves a special place – but how do you keep it and your kids safe without compromising the quality of your viewing time?

While people have seen the age of the console come and go and clunky sets give way to sleeker models with less bulk, many haven’t gotten away from the idea that a TV needs a big entertainment center to be properly showcased. In fact, with today’s expensive sets, less is more and safety still counts when it comes to mounting your television.

TV Wall Mounts Are Old School
While wall mounted TVs are often seen as the “high tech” alternative to traditional TV stands, there are some important factors that should be considered.

 Unless you own your home, a wall-mounted television means you have lots of dangling wires, cords, and accessories. This not only looks bad, but can be a hazard for pets and kids who could get tangled or yank stuff down on themselves.

 Far too many wall mounted TVs end up being improperly installed. This means at any moment the wall mount could rip loose from the wall and fall on an unsuspecting victim! Drywall alone won’t hold up a TV mount, old, dry wood can give way, and thin screws can snap under pressure.   .

 Even if installed correctly, many users will put too big of a TV on the wall mount and strain it so it gives way, causing damage to your television and possible harm to a resident of or guest in your home. Children die every year from falling televisions and that’s not an acceptable risk!

TV Lifts are Safer and Smarter
With a TV lift, safety is a priority! In addition, they feature true home automation that is cutting edge and futuristic.

 You have so many options – putting the TV lift in the floor, the ceiling, behind a wall and so on. A push of the button on the remote and there’s your TV!

 You can also opt for a TV lift hidden in a piece of furniture, like a dresser or a footboard of a bed. This is terrific for TVs that are used only at specific times, as they can be brought out and put away as needed.

 All of your devices, including cable boxes or VCRs, as well as all cables and wires can be stored inside the furniture, floor, or ceiling, meaning there’s no clutter or mess.

 Best of all, you don’t have to worry about the TV falling. The brackets on Nexus 21 TV lifts are sturdy and the TV is bolted into place. If you use a cabinet to house your TV lift, you can withstand earth tremors such as those caused by railway or subway lines without fear, and even withstand small quakes!

Ask one of the Nexus 21 team about your options for replacing an existing wall mount with a safe, stylish TV lift today.