TV Sales Drop – But Lifts Are Still In Demand

Despite the uptick in HDTV purchases, all’s not rosy on the TV selling front. According to the latest data, the overall consumer craving for LCD TVs is finally starting to wane. More than half of US households already own at least one LCD TV (while 68% have an HDTV and 32% have a plasma TV). The average household hosts 3 television sets. So, it’s not surprising that some families have finally reached the point where they simply don’t feel a compelling drive to buy fourth TV. Retailers are expected to slash prices further than ever to attract consumers with disposable income. If you do need a new TV, now is definitely the time to start shopping.

However, if you have all the TVs you can handle, there’s another way to upgrade your home theater – get a TV lift. Unlike the latest big screen TV, a lift will actually reduce the amo 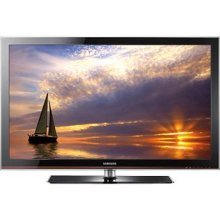 unt of space your entertainment equipment requires. They won’t go out of style when the latest 3D, super-thin or extra large TV comes out on the market. Instead, it’s a piece of equipment that will be as cool a decade from now as it is today!