The Future of Micro Smart Homes: “There was an opportunity to rethink the way we live.”

Just looking at the outside of the Kasita – a 352-square-foot micro smart home – you’ll realize that you aren’t dealing with just any “Tiny Home.” Step inside — and at the push of the button, or by simply saying, “Alexa, turn on cinema,” — the lights will dim, surround sound Sonos speakers will turn on, and a 43” Sony TV will raise out of a cabinet in the primary living space.

The base model for Kasita premiered at SXSW in Austin, Texas, early this year as one of the first tiny, smart homes on the market. The outside has a sleek modern look that many said resembled container homes, but the Kasita was designed and engineered from the ground up, with no need left unresolved.

“As people walked through the Kasita at SXSW they would say, ‘Well, where’s the TV?’” explained Jason Jaynes, Head of Technology for Kasita. “Then you’d use the voice control to raise the TV up and people were shocked.”

Nexus 21’s Model L-27 was integrated into the original design of the Kasita and introduced by Ragan Mena, the owner of Austin integration company, Audio Zeal. Mena explained how “the Kasita is about aesthetically appealing design,” that incorporates the technology consumers have come to expect in everyday living. “We wanted to still have all this technology, but we’re doing it in the most aesthetically pleasing way,” Mena said.

“It’s More Than Just A House”

Starting at the end of the Kasita, you’ll find a 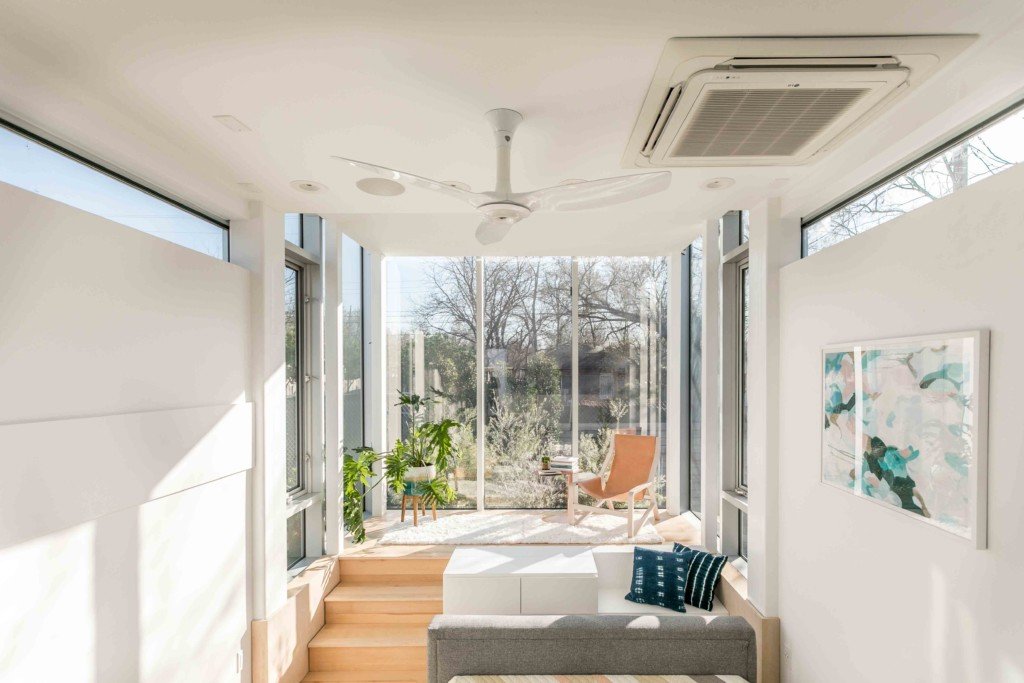 glass enclosure they’ve entitled “The Cube.” The addition was specifically built to give homeowners an unobstructed view of their surroundings. Step down a few steps and you’ve entered the primary living space with a couch that turns into a pull-out bed and a pop-up TV cabinet with drawer space in front. Next up is a full kitchen with a washer and dryer. Rounding out the Kasita is a full bathroom, where the smart features continue with a Nebia smart shower head.

“While space was important to us, how we integrated technology – in a way the user expects, that makes it visibly appealing, automated and intuitive – was essential in the design of the Kasita,” Jaynes explains.

Why Kasita Used A TV Lift

When deciding how to incorporate a TV, Jaynes says the team struggled and went through many options, like a rear projector or mounting the TV on a wall.However, the Kasita team wanted customers to be able to “sit on the couch and not constantly have their view obstructed by a television.”

This challenge lead to Mena suggesting a Nexus 21 TV lift. “We chose a Nexus lift because of the functionality, long-term reliability and instruction for custom installers,” Mena explained. The cabinet housing the mechanism was designed for easy access to the lift for service and includes front drawers for increased storage.

Where Kasita Is Headed 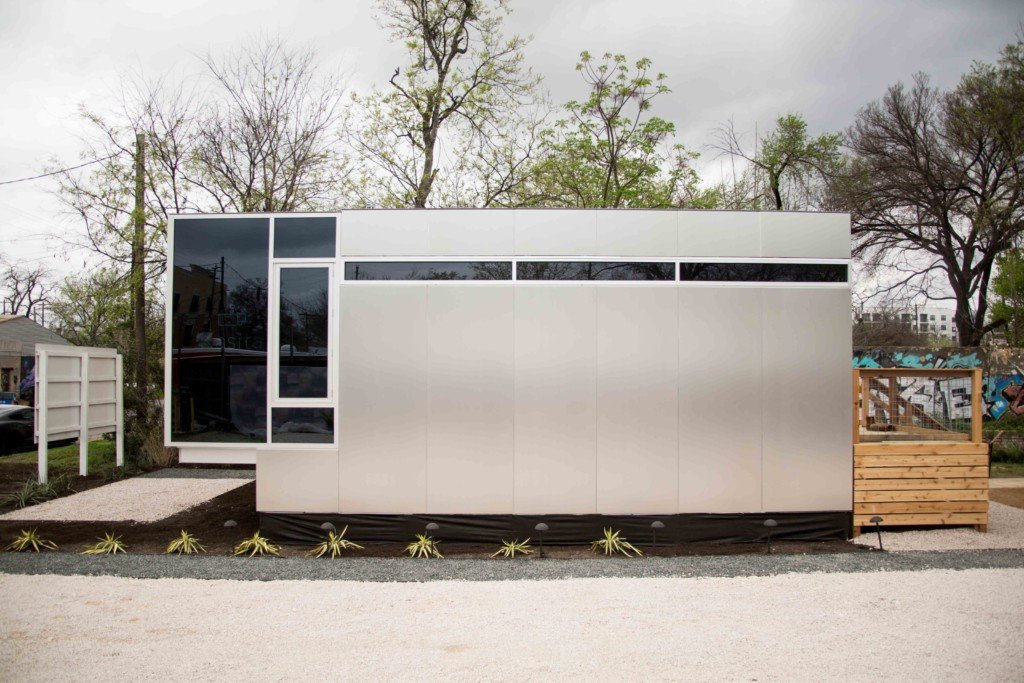 launches this year, a TV lift will not come in the standard model; however, they intend to include it as a purchasable upgrade in the future. The Kasita has been so well received the company hired Mena to join their technology team and help develop a proprietary system specifically for the Kasita. “It’s more than just a house,” Mena explained, “True innovation will be in place.”